The Inner City Youth Orchestra of Los Angeles (ICYOLA) is the largest majority Black orchestra in America. Founded in 2009, ICYOLA is a California 501(c)(3) nonprofit corporation that transforms the lives and minds of young people in Inner City Los Angeles through high quality music education.

ICOYLA teaches inner-city youth the great music of the world, and provide opportunities for them to perform that music in the most magnificent settings of the community. They prepare members for advanced study and high caliber success in music and otherwise, instilling the ancillary benefits that music instruction provides: problem-solving skills, critical thinking, self-reliance, self-confidence, self-discipline, and the crystallization and pursuit of meaningful purpose. 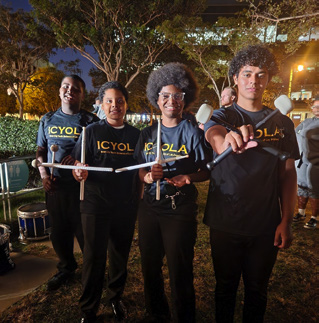 Tavis Smiley is host of “Tavis Smiley” on KBLA Talk 1580, the flagship radio station of SmileyAudioMedia, Inc. Smiley is a bestselling author, advocate and philanthropist known and respected for his unapologetic progressivism. He is the recipient of nearly 20 honorary doctorate degrees, has been honored with a star on the Hollywood Walk of Fame, and recognized by TIME magazine as one of the world’s “100 Most Influential People.” 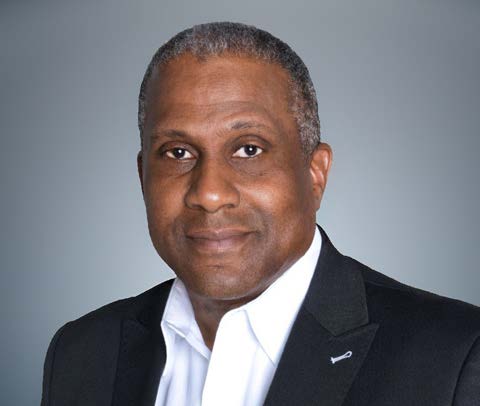 Presently serving since 2011 as the president and chief executive officer of Charles R. Drew University of Medicine and Science (CDU) in the Watts-Willowbrook area of Los Angeles County, Dr. Carlisle is a published author in health policy, quality of care, medical education diversity and eliminating health disparities. A board-certified Internal Medicine specialist, his clinical work has always revolved around caring for the underserved. He is presently a Professor of Medicine and Public Health at CDU and an Adjunct Professor of Medicine at UCLA. President Carlisle earned his Medical Degree from Brown University, his Master of Public Health and his PhD in Health Services Research from the UCLA Fielding School of Public Health. 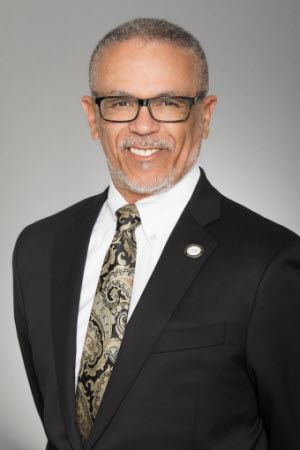 A life-long resident of Los Angeles, Mark Ridley-Thomas, also known as MRT, is widely regarded as one of the region’s most creative, effective and progressive voices for change in Los Angeles. In November 2020, he was elected to serve as Councilmember for the Tenth Council District of the City of Los Angeles.

MRT was first elected to public office in 1991 and previously served on the Los Angeles City Council for nearly a dozen years representing the Eighth District, departing as Council President pro Tempore. He later served two terms in the California State Assembly, where he chaired the Jobs, Economic Development, and Economy Committee and chaired the Assembly Democratic Caucus. Throughout his public service tenure, MRT also represented the 26th District in the California State Senate and the Second Supervisorial District in Los Angeles County.

Over the course of his career, he has been at the forefront of addressing the region’s most pressing issues, including access to healthcare, the housing crisis, criminal justice system reform and creating economic opportunities for local residents. Notably, MRT has been a tireless advocate in the effort to end homelessness – “the moral crisis of our times” — leading the fight to pass Measure H, the ballot initiative approved by voters in March 2017 that will raise $3.5 billion for homeless services over a 10 year period (2017-2027).

One of MRT’s most challenging and rewarding endeavors was to fulfill a promise to build the new Martin Luther King Jr. Community Hospital. By all accounts, the new hospital now ranks as one of the best hospitals in Los Angeles County, lauded for its high tech and high-touch approach that combines state-of-the-art technology with compassionate patient care. 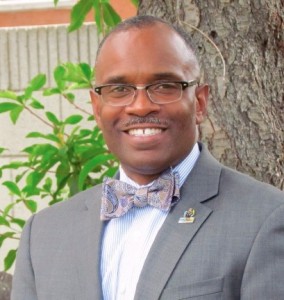 Supervisor Holly J. Mitchell currently serves on the Los Angeles County Board of Supervisors. As the daughter of parents who were public servants and a third-generation Angeleno, She leads with a deep understanding of the vital safety net LA County provides to millions of families and is committed to ensuring that all residents can thrive. Since being elected to the Board of Supervisors on November 3rd, 2020, Supervisor Mitchell has made poverty alleviation a countywide priority and has anchored an equitable recovery plan from the health and economic pandemic caused by COVID-19. Within her first year as Supervisor and with support from the County Board of Supervisors, Mitchell passed a landmark guaranteed income program, made LA County the first in the nation to phase out urban oil drilling and has strengthened the County’s ability to quickly respond to mental health crises among our unhoused residents.

Supervisor Lindsey P. Horvath was elected to the Los Angeles County Board of Supervisors on November 8, 2022 and assumed office on December 5, 2022, after serving as a City Councilmember and the longest consecutively serving Mayor for the City of West Hollywood. Supervisor Horvath’s career has been defined by tackling the hardest problems, building diverse coalitions, and delivering results for her community. Supervisor Horvath’s commitment to serving others was shaped by her family and faith, which instilled in her a strong work ethic and made her a tireless advocate in addressing the complex problems facing Angelenos throughout LA County.

Supervisor Lindsey P. Horvath made history as the youngest woman to ever be elected to the Los Angeles County Board of Supervisors. She is the first millennial, and currently the only renter to serve on the Board, bringing a much-needed perspective to LA County leadership.

Supervisor Horvath received her Bachelor of Arts from the University of Notre Dame and a Certificate in Nonprofit Management & Fundraising from UCLA Extension. She resides in West Hollywood with her dog, Winston. 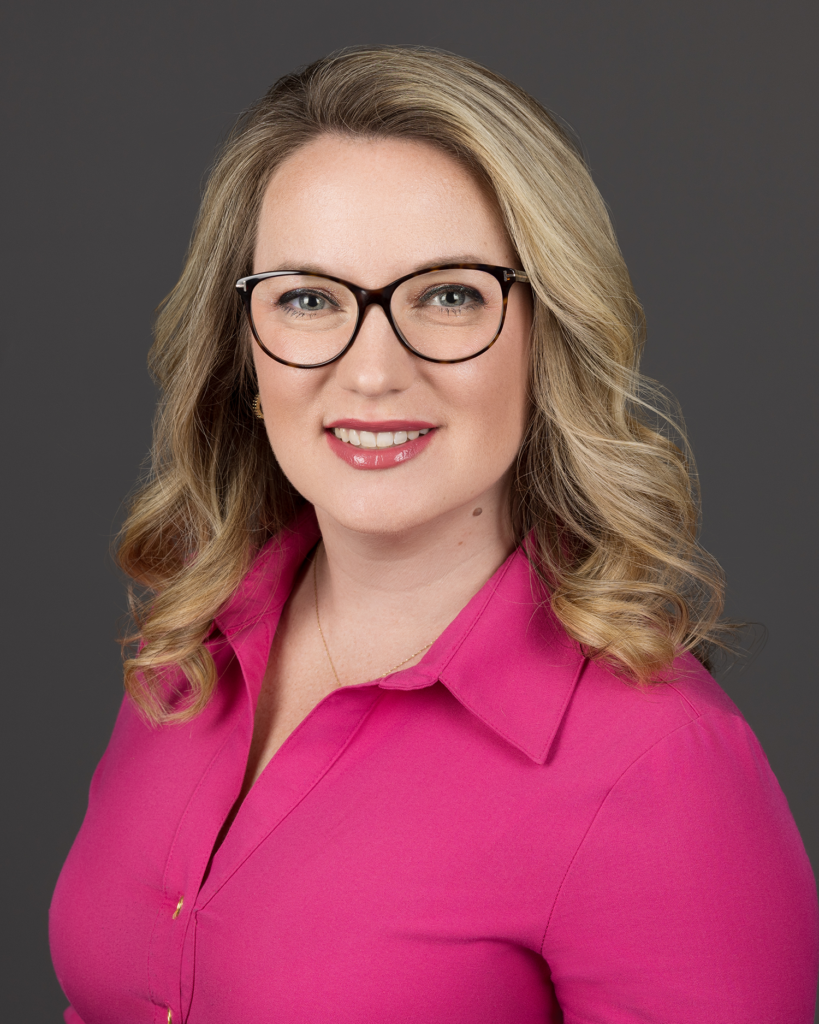 As the People’s Attorney, Attorney General Rob Bonta has hit the ground running in his first few months — seeking justice and securing prosecutions against those who harm California. From efforts to tackle gun violence to securing criminal sentences, his efforts leading the California Department of Justice have drawn praise from political observers and journalists alike. The son of leaders in the farmworkers’ movement, Rob saw firsthand how those without access to power and wealth are too often cheated and taken advantage of by those with both. As a Legislator, he became a national leader on criminal justice issues and passed laws to strengthen consumer and worker protections. Born to a proud Filipina immigrant, he is the first Filipino American to serve as California’s Attorney General. 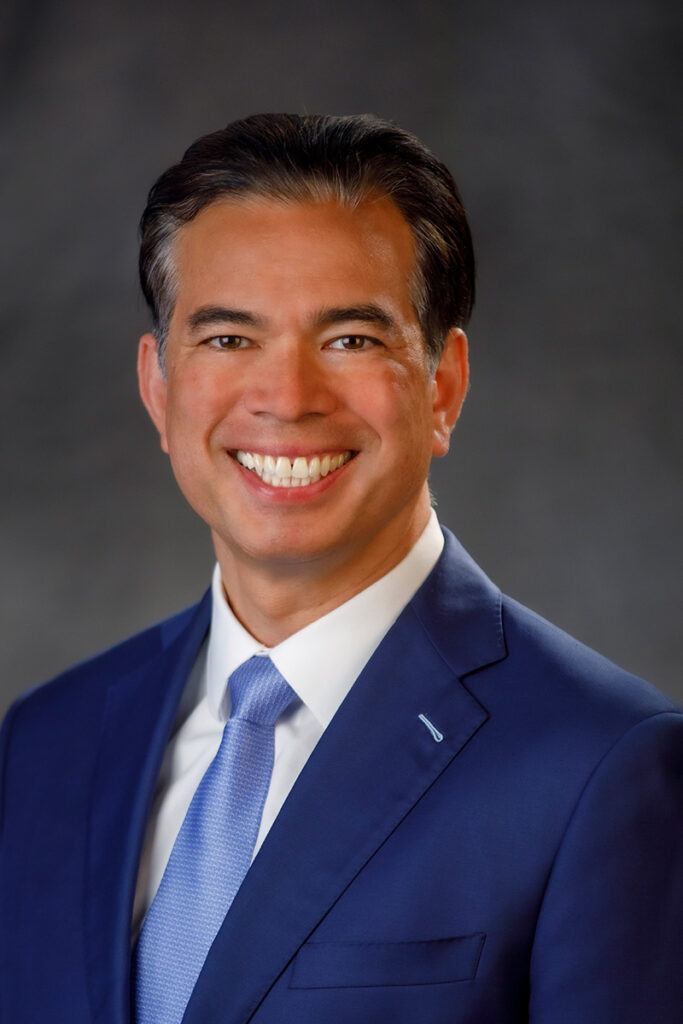 Councilman Curren D. Price, Jr. was elected to represent the 9th District in 2013 and overwhelmingly re-elected to the position in 2017 and 2022. In his role, Price is focused on building a more thriving future for local families, which includes economic growth and opportunity, increasing affordable housing, working to reduce homelessness and defending the rights of immigrants. For example, he helped usher in $4 billion in private investments with historic projects like the Los Angeles Football Club (LAFC) soccer stadium, Lucas Museum of Narrative Art and renovation of the Los Angeles Memorial Coliseum. Price has insisted that all major projects have enforceable community benefit agreements that include local hire requirements. To address homelessness challenges, Price has implemented a series of comprehensive policies and invested over $33 million of funding towards housing our unhoused community members. 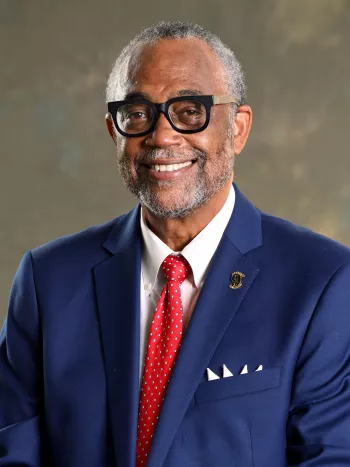 Robert G. Luna was elected as the 34th Los Angeles County Sheriff on November 8, 2022. He commands the largest Sheriff’s Department in the United States, with nearly 18,000 budgeted sworn and professional staff. In 2021, Sheriff Luna completed his service as Long Beach Chief of Police, capping a 36-year career at the Long Beach Police Department, the county’s second largest police department. Sheriff Luna started as a Long Beach Police Department reserve officer in 1985 and was promoted within every rank of the Police Department. He was appointed Chief of Police in 2014. During his time as Chief of Police, he served on the Major Cities Chiefs Association (MCCA) executive board and Homeland Security Committee, and on the Police Executive Leadership Institute (PELI) mentorship program. 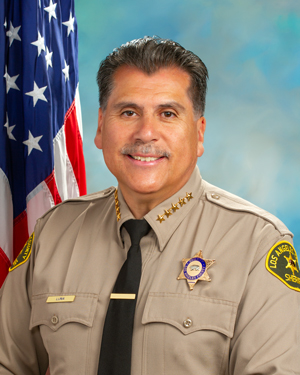 On Dec. 7, 2020, George Gascón was sworn in as the 43rd District Attorney of Los Angeles County, delivering his visionary approach to criminal justice reform to the nation’s largest local prosecutorial office. On his first day in office, Gascón ended the use of the death penalty as a sentence in Los Angeles County; stopped charging children as adults; eliminated many sentencing enhancements that do not benefit public safety and contribute to mass incarceration; and, in accordance with state law, removed cash bail for misdemeanor or nonserious or nonviolent felony offenses.

For the former police officer, public safety remains his highest priority. As a leader among progressive prosecutors, Gascón is working to build a national model of criminal justice reform that supports and restores crime victims and while addressing mass incarceration, racism and social systemic inequities. He was the first District Attorney in the nation to call for an end to cash bail and to launch an automatic record clearing program for marijuana convictions and the only District Attorney in California to support a state law that created a stricter standard for when police can use deadly force.

At age 13, Gascón migrated with his parents to the United States from Cuba. After serving in the U.S. Army, he earned a bachelor’s degree in history from California State University, Long Beach, and later received a law degree from Western State University, College of Law. He is married to Fabiola Kramsky, a three-time Emmy Award-winning journalist. 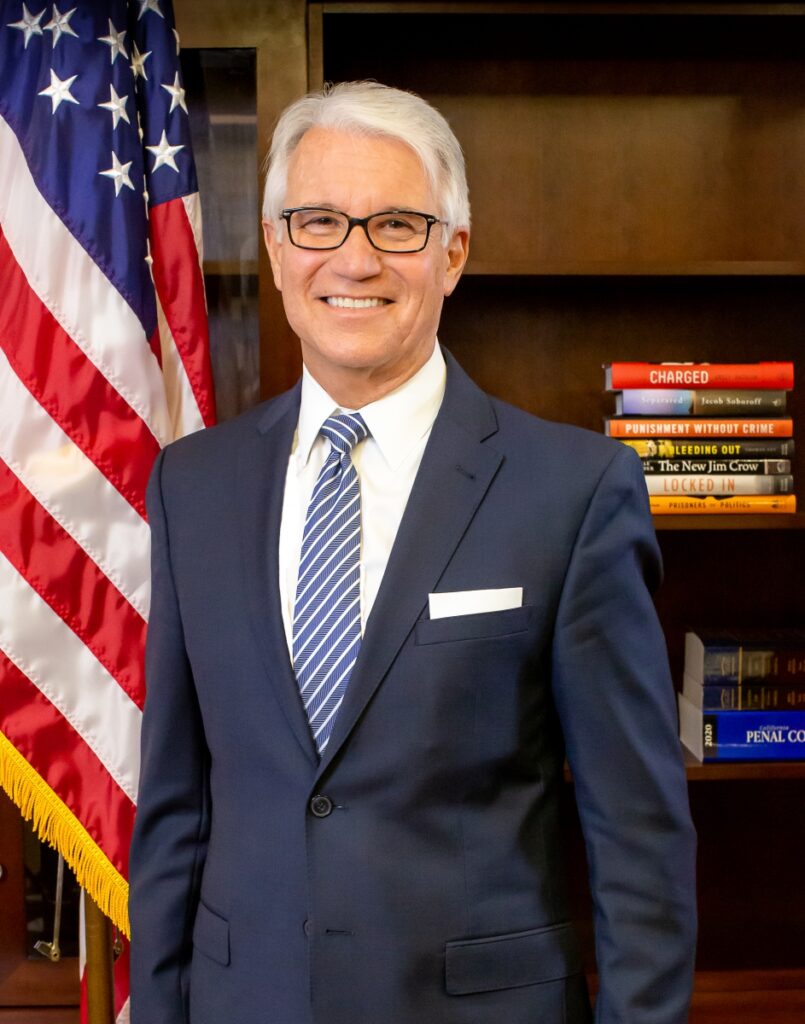 City Attorney Hydee Feldstein Soto was sworn in as the 43rd Los Angeles City Attorney in December 2022. She is the City’s general counsel and serves as legal advisor to the Mayor, City Council, and the hundreds of boards, departments, officers and entities that make up the City of Los Angeles. The City Attorney interprets laws for Los Angeles, drafts ordinances and is responsible for the enforcement of all laws within the jurisdiction, defending the City and its charter. As the City’s chief prosecutor, Attorney Feldstein Soto oversees the prosecution of misdemeanors and the administration of criminal justice, including alternatives to incarceration. 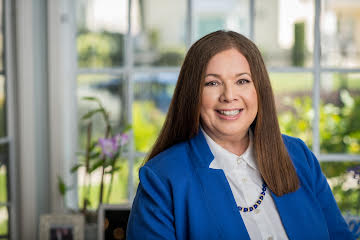 As the 43rd Mayor of Los Angeles, Karen Bass is the first woman and second African American to be elected as the city’s chief executive. With an agenda focused on bringing urgency, accountability, and a new direction to Los Angeles, she will start her term with a focus on housing people immediately and increasing safety and opportunity in every part of Los Angeles. After serving as a front-line healthcare provider as a nurse and as a Physician Assistant, Mayor Bass founded the Community Coalition to organize the predominantly Black and Latino residents of South L.A. against substance abuse, poverty and crime, and to pioneer strategies to address the root causes behind the challenges faced by underserved neighborhoods. She then went on to represent Los Angeles in the State Assembly and was elected by her peers to serve as Speaker, making her the first African American woman to ever lead a state legislative body in the history of the United States. Her time in leadership intersected with the Great Recession, and she was honored with the John F. Kennedy Profile in Courage Award for reaching across party lines and making tough decisions to keep the state from bankruptcy while protecting vital services. While representing Los Angeles and Culver City in Congress, Mayor Bass helped protect small businesses during the pandemic, created policy to drive local jobs from federal infrastructure funding, and led the passage of what the Los Angeles Times called “the most significant child welfare policy reform in decades.” 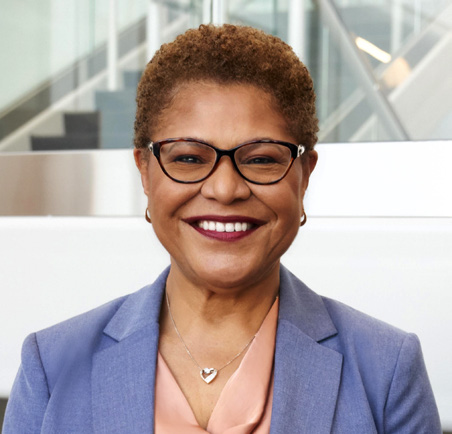 Special thanks to Entertainment Research Institute for compiling this video showcasing the work of the EC for the past 31 years. 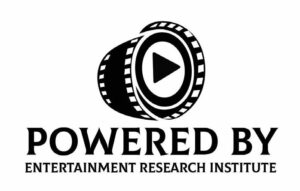 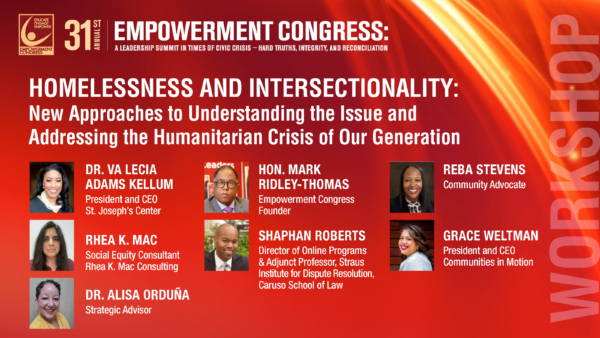 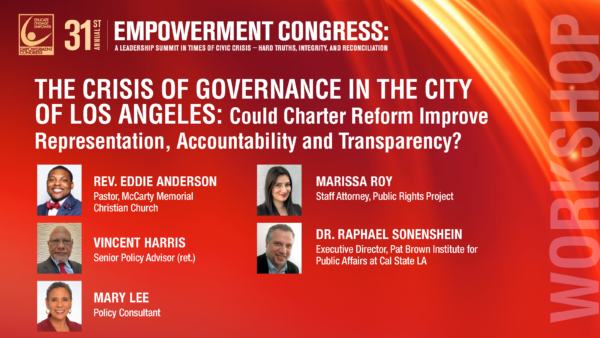 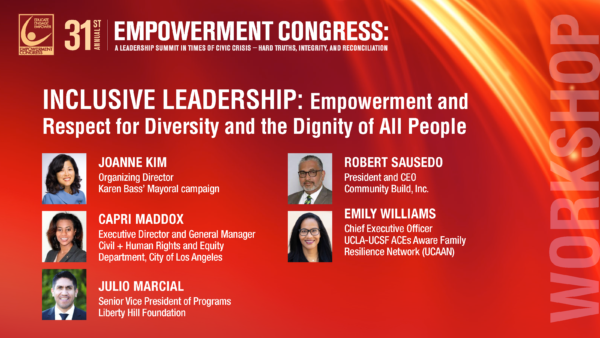 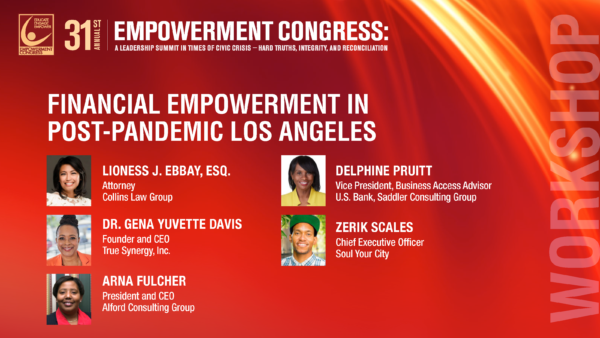